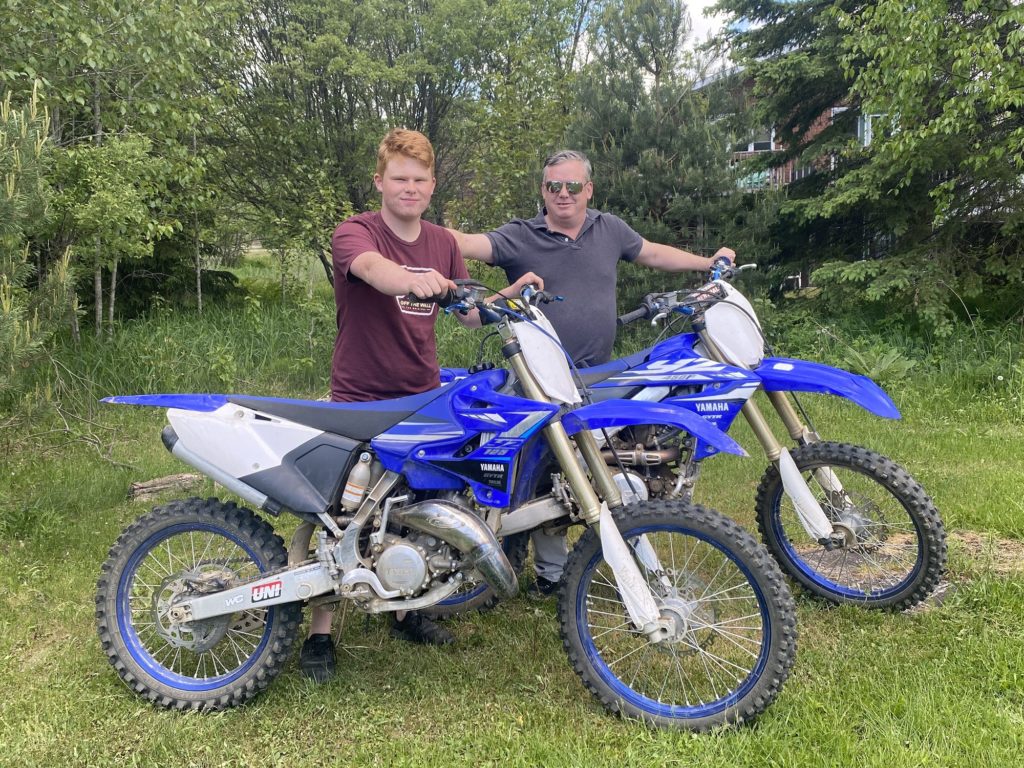 Jason Mahon, 48, and Joan Harvey, 71, have never met and yet they share something in common.

They are both residents of Sundridge, Ontario, and were among the first people from north of Muskoka to receive the ‘gold standard’ of cardiac care thanks to an important new heart attack process called the Simcoe Muskoka Code STEMI Protocol.

With this protocol, residents with heart attack symptoms who present to Muskoka Algonquin Healthcare (MAHC) Emergency Departments in either Bracebridge or Huntsville, or who call 911 may now be transported by paramedics directly to Royal Victoria Regional Health Centre (RVH) in Barrie for their lifesaving treatment. This ‘gold standard’ of care is achieved when a patient receives advanced cardiac care in less than 120 minutes from first medical contact.

Mahon admits he was having second thoughts about calling 911 after experiencing chest discomfort and heartburn, simply because he’s a ‘private guy’. “I called anyway, because in the back of my mind I knew I was having a heart attack.”

His suspicion was confirmed by the paramedics, who took him to MAHC’s Huntsville site, where the highly-skilled Emergency Department team activated the Code STEMI protocol, facilitating the transfer to RVH, where the cardiac team was waiting for him. Within minutes of arriving at RVH, Mahon was in the Cardiac Intervention Unit (CIU) undergoing an angioplasty procedure under the care of RVH interventional cardiologist, Dr. Tony Lee.

“The Hunstville team relieved all my fears and gave me confidence in the next step of my care and the RVH team were like, ‘synchronized swimmers’, working as one efficient team.  My experience has left me knowing that I was in the trusted hands of everyone in the system – paramedics, nurses and physicians – from South River to Barrie,” says Mahon.

“Having access to this specialized cardiac care closer to home is going to be a great advantage to those residents of Muskoka who present with heart attacks. It’s a game changer and made possible through a partnership between RVH, County of Simcoe Paramedic Services, Rama Paramedic Service, Muskoka Paramedic Services and area hospitals,” says Dr. Jindal.

“Despite the fact I still can’t believe I had a heart attack, my entire experience beginning with the paramedics, to the nurses, and doctors in Huntsville right to the CIU at RVH, was quick and efficient, with very compassionate care,” says Harvey.

Dr. Anthony Duarte, Harvey’s attending physician at MAHC’s Huntsville site, says, “The Code STEMI went very well, as smooth as butter. The interventional cardiologist at RVH was quick to respond and accept the patient, meanwhile the team managing the patient at HDMH was able to expeditiously execute their role in the protocol.”

It is important to know the signs of a heart attack: chest pressure, sweating, neck and jaw discomfort, nausea, shortness of breath or light-headedness.

Mahon and Harvey both have the same words of advice for anyone who thinks they may be having a heart attack, “Call 911, don’t be afraid or hesitant, call for help! It could save your life.”